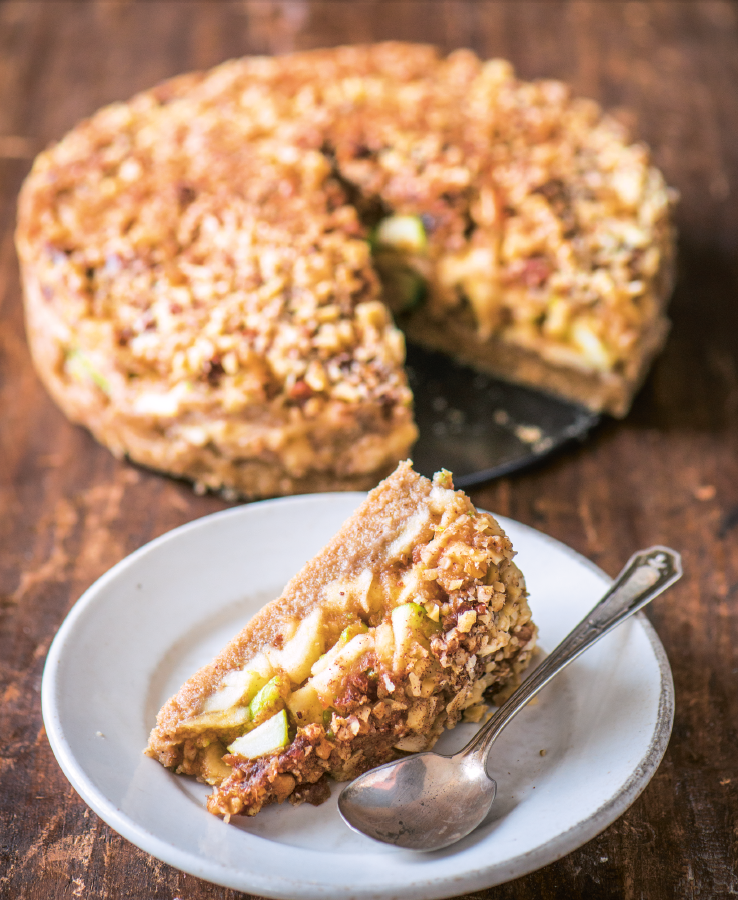 Soak the dried apples in the apple juice for an hour.

To make the crust, pulse all the ingredients in a blender until a rough, sticky crumble is formed.

Gently press the crust down into a shallow pie dish or plate roughly 23cm in diameter. Pop it into the fridge for 1 hour to firm up.

Drain the dried apples, which should now be soft and plump. Core and chop the fresh apples, leaving the peel on, and put them in the lemon juice.

Put half the fresh apples into a blender with the dates, cinnamon, nutmeg, vanilla extract, maple syrup and salt, and pulse until well combined. Pour in a little of the apple juice from the dried apples if the filling is too thick. Add the rest of the fresh and dried apples, then spoon on to the pie crust and smooth out.

To make the topping, mix together the pecans, dates and vanilla in a bowl and spread over the top of the pie to form a crust. Sprinkle with the cinnamon.

Cover and place in the fridge for an hour to chill. Serve at room temperature.

You can connect to our live stream for the special « Daniel Fast » prayer meetings and services on the Bon Berger Church Youtube channel here.

Learn about Bon Berger, the church that started the Daniel Fast in our Horizon family of churches :
www.lebonberger.net